Achille Castiglioni is one of 20th-century greatest masters of design, whose personal biography is all-in-one with Italy’s long-standing design history.  He was an invaluable Italian Design ambassador.

Achille Castiglioni, Italian architect and interior designer (born Feb. 16, 1918, Milan, Italy—died Dec. 2, 2002, Milan), produced modern furnishings and accessories that were noted for their functional nature and witty styling. After graduating from the Polytechnic Institute of Milan in 1944, Castiglioni went to work with his brothers Livio and Pier Giacomo. Livio quit in 1952, but Achille and Pier Giacomo continued to collaborate. In addition to architectural projects, the brothers created signature interior pieces. After Pier Giacomo’s death in 1968, Achille continued as a solo designer and urban planner and taught at his alma mater. Castiglioni won the Golden Compass, Italy’s top prize for industrial design, nine times. In 1997 the Museum of Modern Art in New York City held an exhibition of his work.

Golden Compass (Compasso d’Oro) is the name of an industrial design award originated in Italy in 1954 from an original idea of Gio Ponti and Alberto Rosselli. From 1964 it has been hosted exclusively by Associazione per il Disegno Industriale (ADI). It is the first and most recognized award in its field. The prize aims to acknowledge and promote quality in the field of industrial designs made in Italy and is awarded by ADI. Winner of eight Golden Compass, Achille Castiglioni can claim credit for having drawn design objects appreciated worldwide for famous brands such as Brionvega, Zanotta and Flos. During his career he has exhibited – among others – at the Museum für Angewandte Kunst in Vienna, at the Hochschule für Künste Bildende Berlin, at the Milan Triennale and the Centre Georges Pompidou in Paris. Brother Pier Giacomo, defined by Dino Gavina “in the top ten designers in history“, was awarded – in between the 50s and 60s – 5 Golden Compasses, obtained for design objects become cult brands like Brionvega, Alessi, Kraft and Zanussi. Among the major exhibitions remember that at MoMA in New York and at the Triennale Design Museum in Milan.

How can we identify Castiglioni’s style

Like only an experienced designer could, Achille Castiglioni knew very well the fundamental principles of his job. “Start from scratch. Stick to common sense. Know your goals and means” he said “In other words, the designer must not take for granted any previous similar object, must understand the reason for creating a new product or improving an existing one, and must be aware of the available resources”. Despite these ‘rational’ principles, main characteristics of all Castiglioni’s works were paradoxes: he loved them and was fascinated by the perception and wisdom they could engender. The pivoting Sella stool is probably the most effective example: it is made of a leather bicycle seat, a tubular metal stem, and a rounded cast-iron base. The inspiration was a new behavior, the designer said: “When I use a pay phone (…) I like to move around, but I also would like to sit, but not completely” a deeper and more meaningful consequence of an object’s combined form and function. Everyday objects’ observation was often the starting point for his designs: “Design demands observation” was one of his mottoes.

While being a successful designer, Achille Castiglioni was also a teacher at the Industrial Design course of the Architectural School of the Polytechnic of Milan where he could educate tens of students to his design philosophy. He used to start every lesson with an object from his enormous collection of items found or bought around the world. Using everyday objects, Castiglioni demonstrated the power of simple, ingeniousness and seemingly unremarkable common objects. A significant example is the milking stool consisting of a round piece of wood as a seat with a round incision into which fit the single wooden leg. Both parts were held together by a strip of leather, so that the stool could be carried over the shoulder. Castiglioni, then, standing on a table milked an invisible cow miming the stool’s use proving how objects have a life of their own being independent of any designer’s name. He also wanted to stimulate his students to explore the design and its potential themselves starting from objects based on common sense and available resources. “What you need is a constant and consistent way of designing, not a style.” Castiglioni used to say. His way was based on observing and understanding objects imagining need results in a satisfying design solution.

What are his most famous creation?

Some of his other famous works 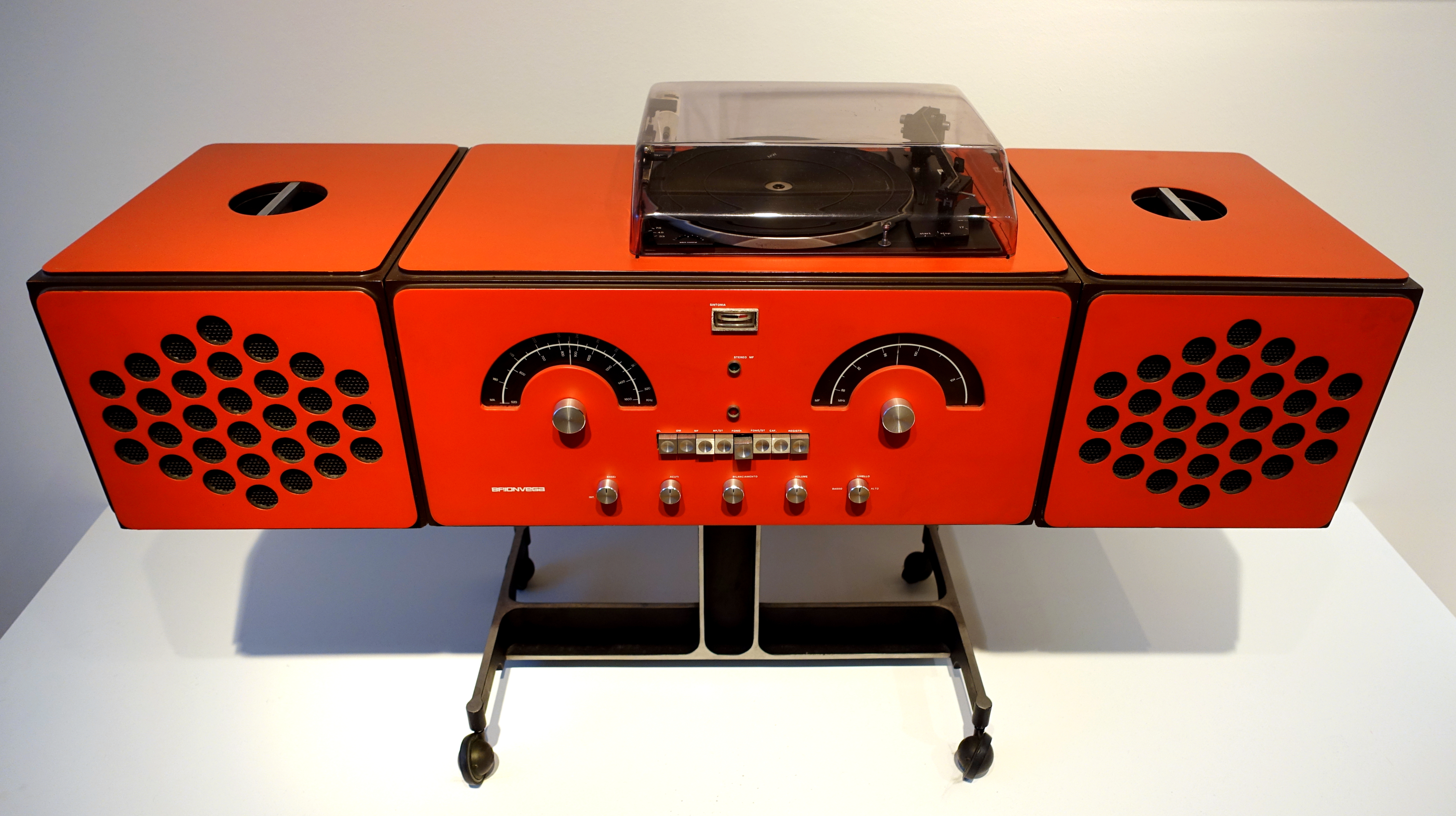