The wheel is the most important and simple mechanical invention of all time.  This invention allows farmers to have carts in which they can easily bring their produce a few miles to market. This capability expanded with the invention of vehicles like trains and cars.

What is the wheel and when was it invented?

The oldest known wheel found in an archaeological excavation is from Mesopotamia and dates to around 3500 BC. This period was known as the Bronze Age, which is a relatively late chapter in the story of the development of human civilization. By this time, human beings were already planting crops, herding domesticated animals, and had some form of social hierarchy.

One of the reasons the wheel was only invented at this point in history is because metal tools were needed to chisel holes and precision axes. In addition, the wheel as well as being a cylinder that rolled on the edge was also connected to a stable and fixed platform.

The first wheel was made up of clay, rock, and mud which slowly developed until wheels were made by joining together wooden planks. They connected it to vehicles called chariots to get to places faster.

The wheel was invented by the ancient Sumerians. They lived in the land between the Tigris and the Euphrates Rivers in the Middle East. Much later this land became part of the country we call Iraq. The Sumerians were the first to develop a written language, and some studies on their writings have led archaeologists and historians to attribute to them also the invention of the wheel.

The concept of the wheel originated from a mechanical device that the Sumerians had invented shortly after 3500 B.C.—the potter’s wheel, a heavy flat disk made of hardened clay. The Sumerians then hooked his wheel to a chariot. The concept of the wheel went through many stages of development before becoming a practical method of moving heavy objects from one place to another. 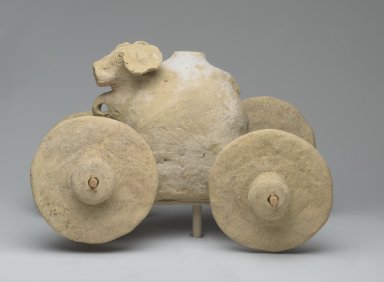 From the wheel to the Chariot

The earliest known use of this invention was a potter’s wheel which was being used in Mesopotamia, in the city of Ur, as early as 3500 BC. The first use of the wheel for transportation was on Mesopotamian chariots in 3200 BC.

The wheel was born as an artificial trunk. The Sumerians placed a second log under the leading edge of a load by rolling it. This was the first wheel. The Sumerians lived in a very arid land except for a few swamps near rivers, so they used only the many trees that grew in those areas, such as wild fruit trees and soft palms. They cut flat planks from the trees and fastened them together in the shape of a log by chiseling the wood to make it curved and roll it. This was the first “wheel.”

The Sumerians wanted an easier way to move heavy loads. Their next invention was called “The Sledge.” Made with a crate and attaching a base with skates making it look like a large sled.  The front edges of these runners were curved, making them slid more easily on the ground. A straight crosspiece connected the two runners at the front reinforcing the two runners and using it as a handle to pull and guide the sled. On rocky, rugged terrain, runners kept getting entangled or jolted to a stop. The Sumerians thus decided to combine their idea of the roller wheel with the idea of the sled by placing it on top of the rollers.

This type of wheel worked well on flat ground, but on uneven, sloping terrain the sled skids would come off the roller as it moved, which was a problem when carrying heavy loads.

The Sumerians  noticed that as a result of the wear of a roller, this formed grooves where the skids rubbed. The Sumerians then intervened by cutting the grooves in all their rollers, concluding with a more efficient wheel.

To move loads this way was tiring and required lots of people. Just moving the rollers to where they had to be used was an exhausting chore. The Sumerians reasoned that it might not be necessary to use the whole heavy roller. Only the ends were actually needed to prop up the load. The middle piece or “axle” connected the two ends and at the same time carried the load. To keep the sled in place, the Sumerians attached four pegs (two on each side of the sled). The “axle” rolled between the pegs and this kept the sled in the right position on top of the axle. The wooden ends of the roller were what we now call “wheels.”

The Sumerians now had a lighter wagon to carry their loads. They got rid of the pegs and added a piece of wood that hung under the wagon, on each side of the cart. They drilled holes in these pieces so that the plank can easily roll into them. These extra pieces, which carried the weight of the wagon were called “bearings”. The sled was now permanently attached to the axle and wheels.

The Sumerians then came to a two-wheeled chariot, which would later be developed to be pulled by a horse or donkey. The surrounding civilizations copied the design and adapted the wheel to the needs of their own cultures.

The rim is the “outer edge of a wheel, holding the tire.” It makes up the outer circular design of the wheel on which the inside edge of the tire is mounted on vehicles such as automobiles. An iron rim around the wooden wheels of the chariots was introduced in the 1st Millenium BC

The hub is the center of the wheel, typically houses a bearing and is where the spokes meet. A hubless wheel is a type of wheel without a central hub. The hub is almost as big as the wheel itself. The axle is hollow, following the wheel with very tight tolerances.

A spoke is one of many rods that radiate from the center of a wheel, and connect the hub with the round traction surface. Originally the term referred to portions of a trunk divided longitudinally into four or six sections. The radial members of a wagon wheel were made by carving a spoke with a special tool the spokeshave. The term spoken at the end was most commonly applied to the finished product of carter’s work.

Wire wheels rims are connected to their hubs by wire spokes. These threads function mechanically in the same way as the flexible strings are stretched. Wire wheels are used on most bicycles and many motorcycles. They were invented by aeronautical engineer George Cayley and first used in bicycles by James Starley. The process of assembling wire wheels is described as wheel building.

A tire is a ring-shaped coating that fits around a rim to protect it and allow for better vehicle performance by absorbing shock and keeping the wheel in close contact with the ground. The term may derive from the word “tie,” referring to the outside of the steel ring of a wooden wagon wheel that binds the wooden segments together.

The basic materials of modern tires are synthetic rubber, natural rubber, fabric, and thread, along with other chemicals compounds. They consist of a tread that provides traction and a body that ensures support. Before rubber, the first versions of tires were metal bands adapted to wooden wheels to prevent wear. Today, the vast majority of tires are donut-shaped pneumatic inflatable structures with ropes and threads encased in rubber and filled with compressed air to form an inflatable cushion. Tires are used on many types of vehicles, such as cars, bicycles, motorcycles, trucks, construction equipment, and airplanes.

A trywheel is an arrangement of three wheels mounted on a y-shaped frame for passing over stairs or rough ground. These may be driven by external force or by built-in motors.

The importance of the wheel in ancient civilizations?

The wheel has also become a strong cultural and spiritual metaphor for a cycle or regular repetition (chakra, reincarnation, Yin, and Yang). As such and because of the difficult terrain, wheeled vehicles were forbidden in old Tibet. The wheel in ancient China is seen as a symbol of health and strength and utilized by some villages as a tool to predict future health and success. The diameter of the wheel is an indicator of one’s future health.

The winged wheel is a symbol of progress, visible in the Panama coat of arms, the Ohio State Highway Patrol logo, and the State Railway of Thailand.

The introduction of spoked wheels in the Middle Bronze Age had a certain prestige. The solar cross has significance in Bronze Age religion, replacing the earlier concept of a Solar barge with the more “modern” and technologically advanced solar chariot. The wheel was also a solar symbol for the Ancient Egyptians.

The wheel is also depicted on the flag of India and represents the law (dharma). It also appears in the flag of the Romani people, alluding to their nomadic history and their Indian origins.

The impact of the Mesopotamian wheel

Wheels began to be used as gears during the Middle Ages. This allowed the invention of mechanical devices such as clocks, water wheels, cogwheels, and astrolabes for the navigation of sailors.

In Europe, too, the wheel evolved little until the early 19th century. With the advent of the Industrial Revolution, the wheel became the central technological component and was used in various ways in different mechanisms.

Almost every machine built since the beginning of the Industrial Revolution involves a single, basic principle embodied in one of humanity’s truly significant inventions.

It is difficult to imagine a mechanized system that would be possible without the wheel. Without the wheel, the world in which we find ourselves would have had a different functioning for this reason it is considered one of the most important and indispensable inventions of our humanity.