Designed by American architect Richard Meier as part of the Vatican’s grand church-building and city revival program leading up to the Millennium Jubilee, a Catholic pilgrimage year held in 2000. Formally known as Chiesa di Dio Padre Misericordioso, is a Roman Catholic church and community center in Rome.

During the 1990s with the Jubilee of 2000 in mind the Vatican commissioned 50 new churches to be built in areas of greater Rome, where as many as 600,000 citizens were deemed to have no nearby church to attend. The last church to be completed has become the most notable for the innovations of its architect, Richard Meier. The church of Dio Padre Misericordioso (God the most merciful Father) – usually called the Jubilee Church – is built near the ring road southeast of Rome. In the rather featureless peripheral zone of Tor Tre Teste the ancient agricultural landscape has been awkwardly invaded by industrial zones and unattractive modern apartment blocks. Jubilee Church provides a new focal point for the community of 8,000 who live in the 1970s, ten-storey apartment blocks, with the paved courtyard (sagrato) functioning as a public meeting space. 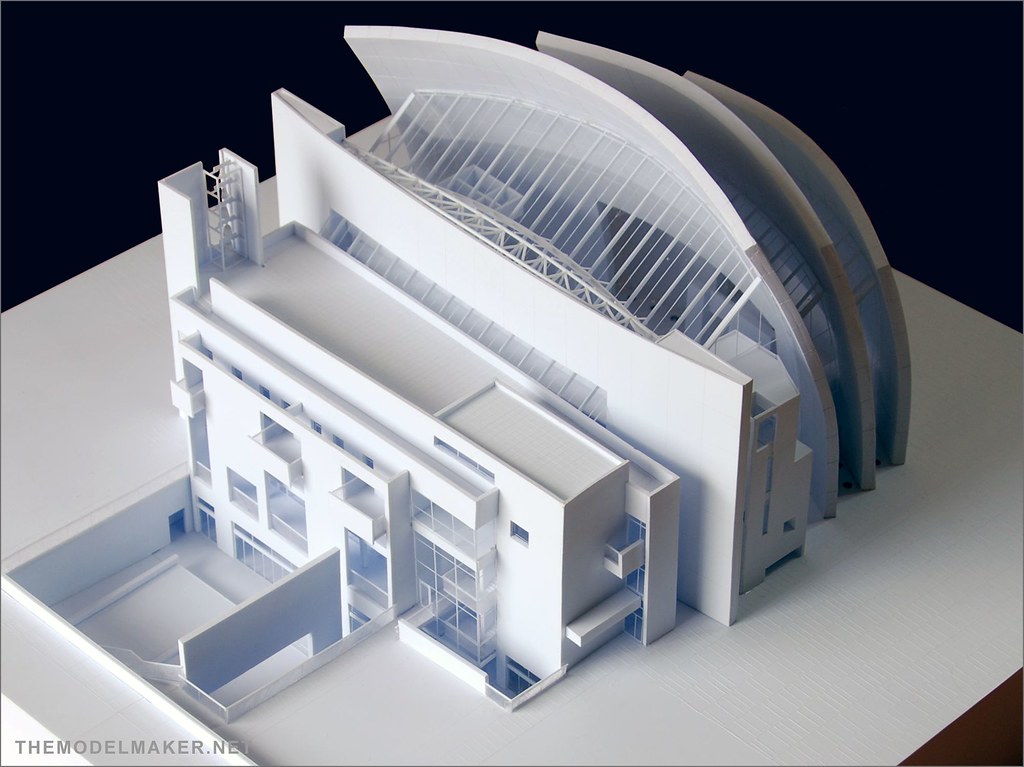 The Vicariato of Rome (diocese of Rome’s Bishop, the Pope) committed this work to show and highlight the basic role that architecture plays in holy and religious spaces, and to demonstrate that the connection with contemporary architecture is the key to improve quality of life in suburban areas. These were the goals that the project had to face. Richard Meier’s project won the international competition in 1996. 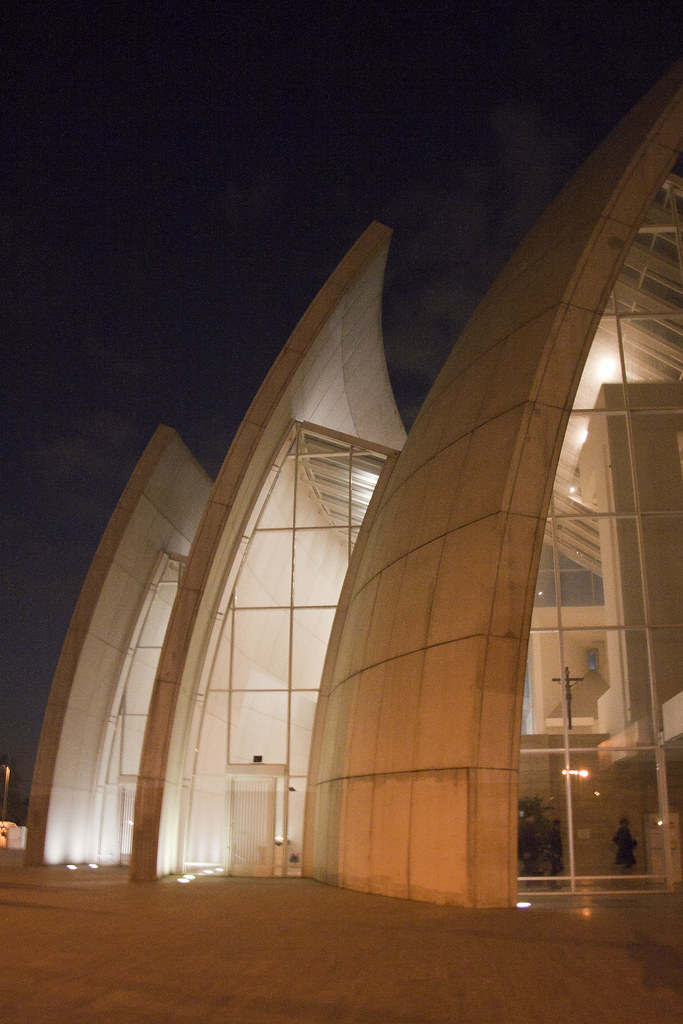 The $10m project was inaugurated in 2003, and was American architect Richard Meier’s first church. The building was commissioned by the Archdiocese of Rome, which made Meier, a man of Jewish faith, a controversial choice of designer to work with the Vatican.

The commission was won in a competition against Tadao Ando, Santiago Calatrava, Peter Eisenman and Frank Gehry. Meier was inspired by from Alvar Aalto’s churches in Finland, and Frank Lloyd Wright’s Wayfairer’s Chapel in the United States, as well as works by Le Corbusier. 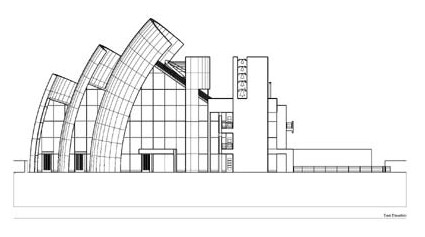 The proportional structure of the entire complex is based on a series of squares and four circles. Three circles of equal radius generate the profiles of the three concrete shells that, together with the spine-wall, make up the body of the nave. While the three shells imply the Holy Trinity, the reflecting pool symbolizes the role played by water in the sacrament of Baptism.

The most distinctive feature of the church is the three curved shell walls, or ‘sails’ that soar to a height of nearly 90ft above the building. These are made from concrete shells, with a marble-like finish, reinforced with steel and are held together by post-tensioned cables horizontally and vertically.

The freestanding sails, which symbolise the Holy Trinity, are designed to withstand heat, wind and earthquakes. The main ‘spine’ wall on the right, or north, contains the space.

According to Richard Meier, its architect, it is “the crown jewel of the Vicariato di Roma’s Millennium project”. The Church serves eight thousand residents of the Tor Tre Teste area and was meant to socially “revive” Tor Tre Teste. Meier was selected as the architect as winner of a competition that included famous architects such as Frank Gehry, Santiago Calatrava and Tadao Ando in 1996.

The Church of 2000 is conceived as a composition of basic elements, clearly referred to the purity of the cube and the sphere, and the in-between spaces and connections.

On the interior, it is evident the work on natural lighting, which comes through the gaps between the solid elements and brightens the whole space: main source of diffused light is the glass roof between the shells, but in early morning and late afternoon the sunlight penetrates the entrance facade and the altar facade, giving spectacular atmospheric effects.

The only varieties out off white tone is given by a suspended wood-frames wall, vertical and facing the most internal shell; while the importance of sacred furnishings is underlined by sculpted travertine blocks. All of the sacred furnishings and religious spaces are included in the composition through the continuity and dialogue of forms, and it contributes to the elegance of the project.

The distribution of different spaces is made clear by physical separations: the ferial chapel is at the side of the main hall, slightly separated by the foot of the last shell; the entrance is provided with a buffer space and a second door, on top of which is the organ, integrated in a sculpted cubic element.

The exterior plaza (sagrato) completes the plot’s design: the yellowish and polished travertine tiles dialogue with the white elevations. The Church has the chance to be in a relatively open area of recent roman expansions, then the park on background and the stone floor give it the feeling of a water pool containing the “floating sail-ship” church.