Thonet Style simply refers to the First Industrial Designer of History: Michael Thonet. Pioneer in the industrialization and mass production of furniture.

Who was Michael Thonet?

Michael Thonet (Boppard, 1796 – Vienna, 1871) is considered the forerunner of furniture design and inventor of the technique of wood bending. In 1819, he opened his carpentry shop and laid the foundations for industrial production. In 1849, he settled in Vienna where he founded the company “Gebrüder Thonet” involving his five sons. Thonet’s company quickly reached international success and a rapid expansion, producing more than 865.000 curved wooden chairs a year. When Michael Thonet died, his sons took over the management of the company.

Until the Industrial Revolution, furniture was created from raw materials. The most innovative features of bentwood chairs in Thonet’s eyes were their expendability due to the mass production. The manufacturing process that he invented was copied by others and Bentwood chairs appeared all over the planet, burgeoning economies of Europe and the United States with a new market.

His No. 14 Chair was the first to be mass-produced industrially. It was also understood how important was to create chairs in separate parts, to be assembled later, making the transport easier. The retailer would build up the chairs upon arrival at the shop. This was the first example of ‘assembly’ furniture.

The Thonet chair resulted from the use of light, strong types of woods were used, very graceful shapes were designed thanks to the use of hot steam. He could create several designs that were unique, comfortable and longlasting. Parts for dozens of chairs could be stored into one box for shipping, which cut costs. 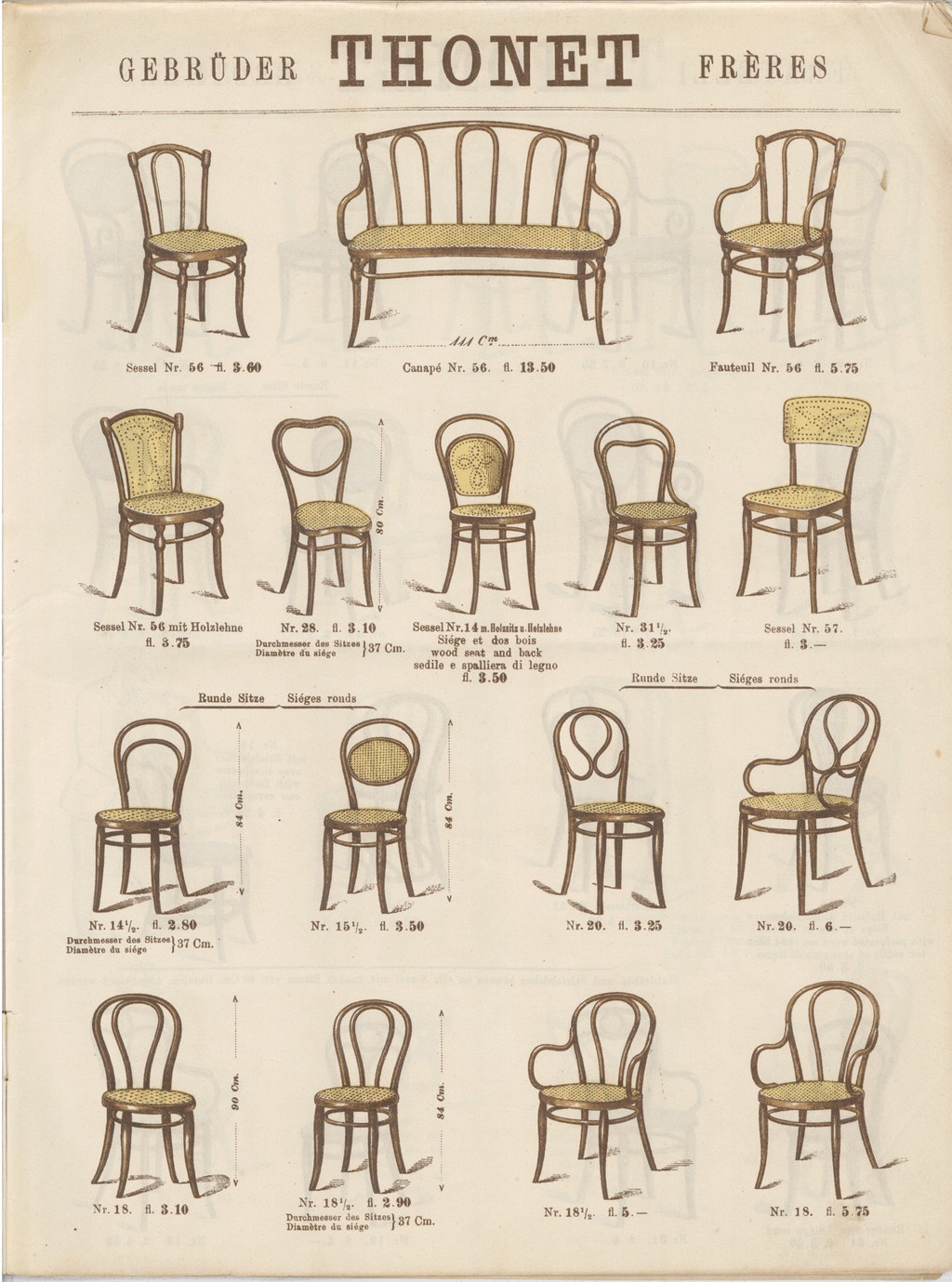