The Steiner House was designed by Adolf Loos in 1910 for the painter Lilly Steiner and her husband Hugo. It clearly shows the main principle of Loos: the design must be determined by function.

The bare façade was quickly assimilated to the formal purism of the 1920s and was the major reason for the building’s success. In this regard, it is interesting to note the comments of the writer Panayotis Tournikiotis who states: “This house renews the classical tradition, is not a desire to deny history.” For Loos the outside was the public side of the house; this is the reason why the surfaces of the wall are bare. The interior was the private side and reflected the owner’s taste. As some critics have stated, the house reflects a “classicism married to Anglo-Saxon domesticity in a search for spatial continuity“.

The Steiner House demonstrates Loos’ ability to work with complex architectural objects, as it is necessary to take into account the limitations of form and planning norms. At the time, only one floor above street level was allowed. Loos’s solution was an arched tin roof with two additional floors, which give the structure a somewhat austere and futuristic look. This house is the embodiment of the ideas of Ornament and Crime, written in 1908, in which it rejects the flourishing style of the Vienna Secession, the Austrian version of Art Nouveau. The house reflects the architectural principles of Loos, a design that excludes all the tools of art to emphasize functionality. The front garden is an undeniable space of radical rationalism in modern architecture.

Each volume is sized according to its role. All the interior spaces were under a single roofing plane. Carried out in this way a considerable space economy. The symmetry, the total lack of ornamentation defined the building. An architecture based on economy and the rigor of function. 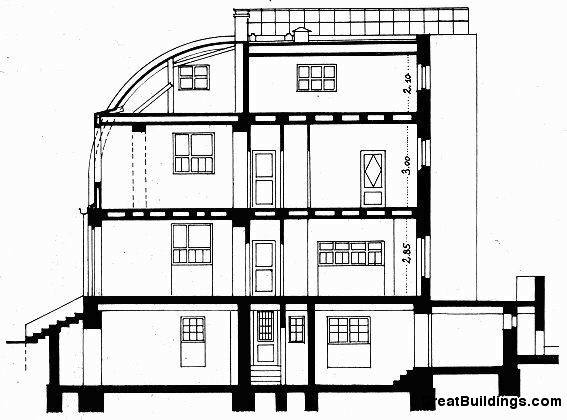 The house is finished with concrete and wood to adapt to the climatic conditions of Central Europe. The roof is covered in sheet metal, the walls are in concrete and bricks. The main façade is suitable for the canons and is covered in a semi-arch.

The architect planned the building between the street and the garden. The combination of interior spaces is based on matching large and small spaces while maintaining a single roof. The side walls are different rooms with different heights. However, the rear façade is built in a symmetrical classical manner and is topped with a semicircular roof covered with metal. Thus, Loos solved the problem of transition between the front garden and the hills.

On the rear façade, windows are irregularly arranged. Their sizes and heights differ depending on the interior to which they belong. This is a reflection of the “ramplan” principle, Loos’s concept applied in many of his works. This principle implies an intuitive understanding of space as a consequence of the free composition of volumes and plans. Clutch of different heights can be seen at the front through asymmetrical holes.

It is located in St. Veit-Gasse 10 St, Vienna, Austria. 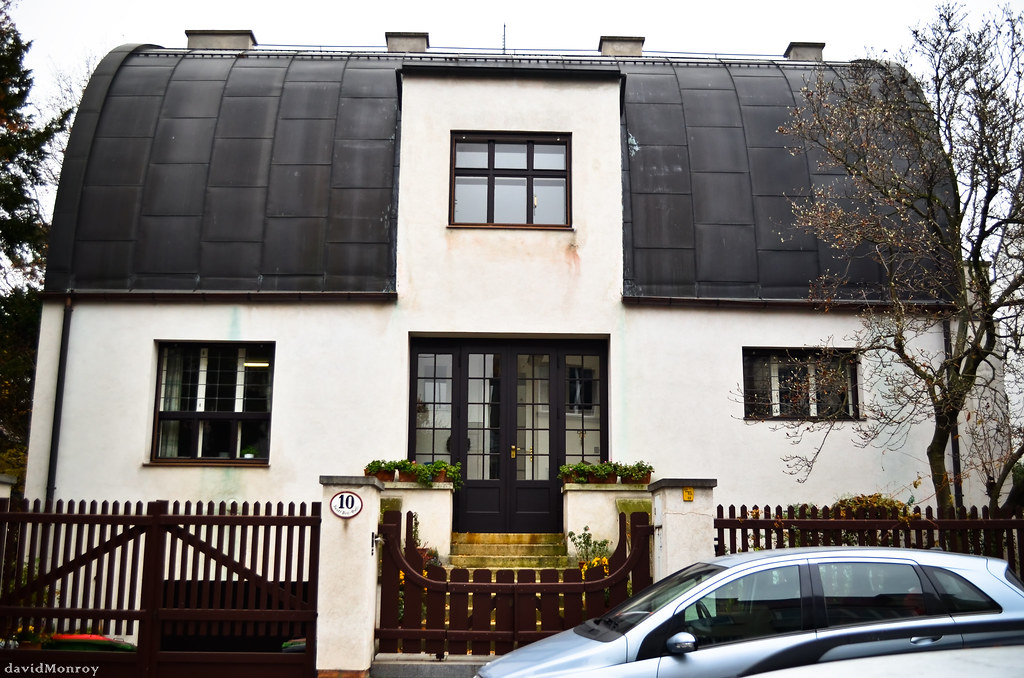