Built in Osaka, also known as Row House, this masterpiece was one of the first works of self-taught architect Tadao Ando. It was designed without exterior windows, reflecting the desire of the owner to feel that he was not “in Japan”, with an interior courtyard added to compensate the lack of natural light.

The concrete row house fits a narrow slot site, with rooms at the front and the back, connected by an outdoor, bridge-through courtyard. Composed of an austere geometry, with the insertion of an abstract space dedicated to the play of wind and light. His objective, he says, was to challenge the inertia that has invaded our everyday lives.

Tadao Ando, born in Osaka, Japan, in 1941. From 1962 to 1969, he trained himself in architecture, a novelty among all the traditional, academy-bred architects at the time. After travelling through Europe, the USA and Africa, in 1969 he established an architecture bureau, Tadao Ando Architect & Associates.

Ando, who sees himself as a fighter-architect of sorts, developed a series of brave proposals for small houses; among them, Azuma House in Sumiyoshi is his proudest achievement: a fortress born of an architect whose skills were developed through repeated ‘combat tests’. It’s also a house in which the distinguishing features of his later works are already evident. For it, he received an award from the Japanese Association of Architecture in 1976. 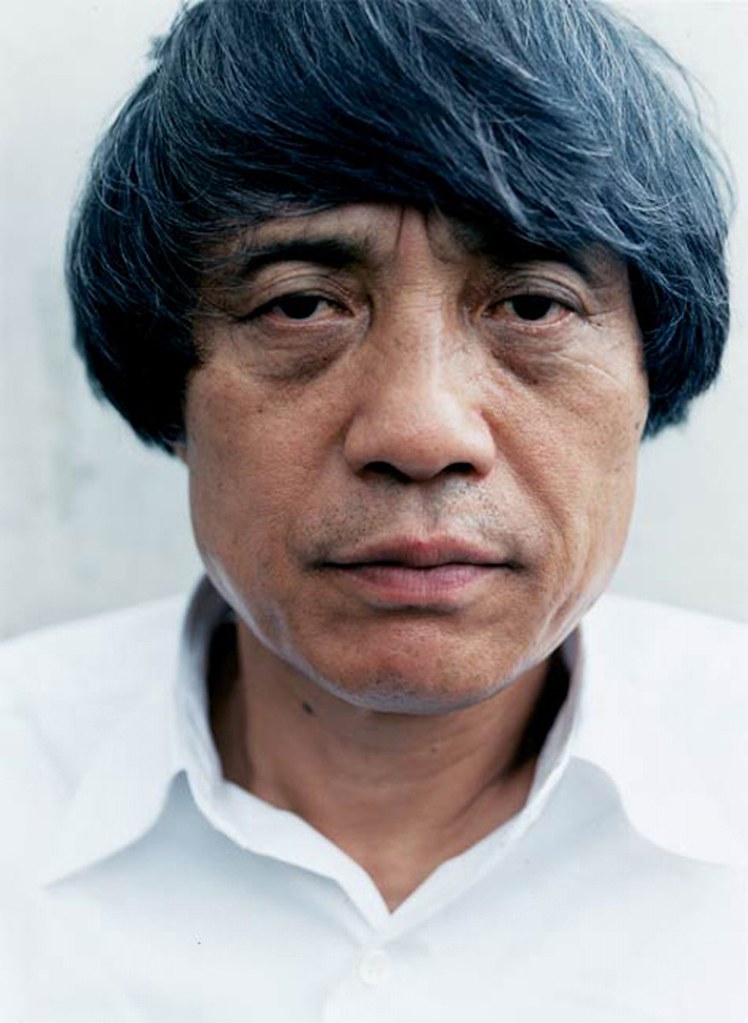 Located in Sumiyoshi, a district in central Osaka, Japan, the house replaces one of the traditional wooden-built houses of the area, situated in the middle of three previously-built terraced houses.

Azuma House is found in the “shitumachi” (lower city) of Osaka. In the middle of this working class neighbourhood full of the noises of daily life, the house stands like a silent wall. Although the area in which it has been placed is not one of the most chaotic areas of the city, there is an obvious contrast between this “concrete box” and the surrounding environment.

Known as the district of the “Deep south” of Osaka, this area is where Ando began his career as an architect. Since the end of the 1960’s until the beginning of the 1970’s, the architect immersed himself in the fight to create ample living spaces in narrow spaces. It was a fight to establish his identity as an architect while struggling with complex components: tradition and modernity; the desires and limited budgets of his clients; the demands of daily life; and the demands of aesthetics in a city which still maintained a strong Asian tradition.

We see an axially symmetrical composition, an overall form having a gatehouse-like character and a doorway in a central location. In the design of the elevation Ando uses only two rectangular shapes: the overall outline of the building, and the doorway. We can also see that the entire site has been divided longitudinally into three parts and that the courtyard too has been divided into three equal parts. Tripartition is applied to the building as a whole and echoed by the rhythm of long-short-long on the facade, namely, wall-doorway-wall.

Built between medians, this apartment is perched on a lot of 57.3 m². The total square fottage of 64.7 m² is divided into three equal sections: two floors and a patio. This box of concrete occupies the entire site.

The building, centripetal as far as its organization, has a tripartite structure centered around an uncovered patio.

On the ground floor are located the two daily life areas, separated by the central outside courtyard and the staircase that leads to the upper floor, where the two bedrooms are joined by a walkway. The central uncovered area is the only source of natural light throughout the house. The courtyard, which acts as the hub of daily life in the house, separates the living room located at one end of the ground floor from the kitchen-dining room and bathroom, located in another end. On the top floor, the children’s rooms on one side face the master bedroom on the other side of the central courtyard, which is reached by a bridge. The building shows a blind or solid facade to the street. The presence of a door suggests the use of this box.

In its simple but rich spatial composition, in its expression of enclosure, and in the way light gives character to daily-life spaces, this house encapsulates an image of my architecture.

Ando’s treatment of nature in the city is another element that distinguishes his work. Confronted by the vulgar urban environment of downtown Osaka, he came to the conclusion that coexistence with nature was fundamental to human life. He proposed a new lifestyle in coexistence with nature, which is integrated into the dwelling. It can get extremely cold in winter, on rainy days an umbrella is needed to go to the toilet. Ando gave priority, not to some facile notion of convenience, but to being able to look up to sky and feel the wind. The courtyard of the Row House is a secluded space cut off from the commotion of the city; it is open only to the sky. It is a window, accepting light, wind and rain so that nature is able to seep into the spirit of the observer. The courtyard, made of concrete, glass and slate, reflects incident light and causes complex shadows. Matter has a psychological effect on the observer precisely because the absence of ornament invites extraordinary empathy.

The Row House has a social theme as well as a design theme. Ando introduces a concrete box amidst the dilapidated wooden row houses that crowd the central areas of Osaka and creates a highly self-sufficient living space inside that box. Ando ensures individual privacy, something traditional townhouses were unable to provide; he creates a residential space that enables modern individuals to develop. Row House in Sumiyoshi is an expression of Ando’s belief that the house is precisely the building type that can change society.