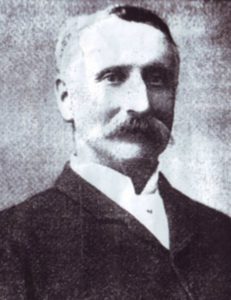 Not much is known about the life of Edward de Smedt, pictures of him are extremely rare and the information about him are really few, perhaps, his fame has been occluded by stars of the road construction industry, as John Loudon McAdam and Thomas Telford. However, experts on the history of road building will always have a special spot this person, without which  our roads would simply not be the same today.

Composition and history of asphalt:

Asphalt is in the most of today’s roads, car parks and school playgrounds, and is assumed to be a modern material. In an asphalt the content of calcium carbonate generally varies between 50% and 90%, while that of natural bitumen is between 7% and 15%; the remaining part consists of other mineral materials and volatile substances. Currently, the quality of the materials has changed and is continuously improving, with a  great use of recyclable materials.

The story of asphalt begins thousands of years ago. Asphalt occurs in both asphalt lakes and in rock asphalt (a mixture of sand, limestone and asphalt):

The first recorded use of asphalt as a road-building material in Babylon. The ancient Greeks were also familiar with asphalt and the Romans used it to seal their baths, reservoirs and aqueducts.

Frederick J. Warren filed a patent for “Bitulithic” pavement, a mixture of bitumen and aggregate (“bitu” from “bitumen” and “lithic” from “lithos”). The first modern asphalt facility was built in 1901 by Warren Brothers in East Cambridge, Mass.

The international energy crisis underscored the need for conservation of natural resources. Since that time, an increasing amount of recycled asphalt has been incorporated in mixes. Today, asphalt pavement is the world’s most recycled material with more than 100 million metric tons of asphalt paving material is recycled each year.

the EPA announced that asphalt plants are no longer on its list of industries considered major sources of hazardous air pollutants.

The contribution of Edward De Smedt:

The first steps came in the 1860s, when Edward de Smedt was working on coal dust problems at Columbia University in New York City. He called it “sheet asphalt pavement” but it became known as “French asphalt pavement”. Initially, the roads aren’t born for a cars, but for cyclists, that they soon became the pioneers of motoring. On 29 July 1870, the first sheet of professor asphalt pavement was laid on William Street in Newark, New Jersey. The asphalt was made with native bitumen from West Virginia. The trial wasn’t a success. Two year later, Battery Park and Fifthy Avenue, in New York City were corporeted with an improved mix, which fared better. Between 1876 and 1878 De Smedt used asphalt from both Lake Trinidad and Val de Travers to created two separate asphalt trail on the high-profile Pennsylvania Avenue in Washington. The cyclists flocked on the smooth, cleand roads, not carin which country the bitumen came from. Edward didn’t have the market to himself. Many others soon developed their own asphalt recipes for use in America cities. 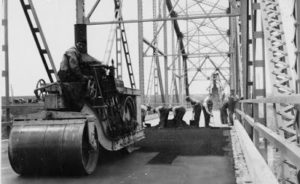