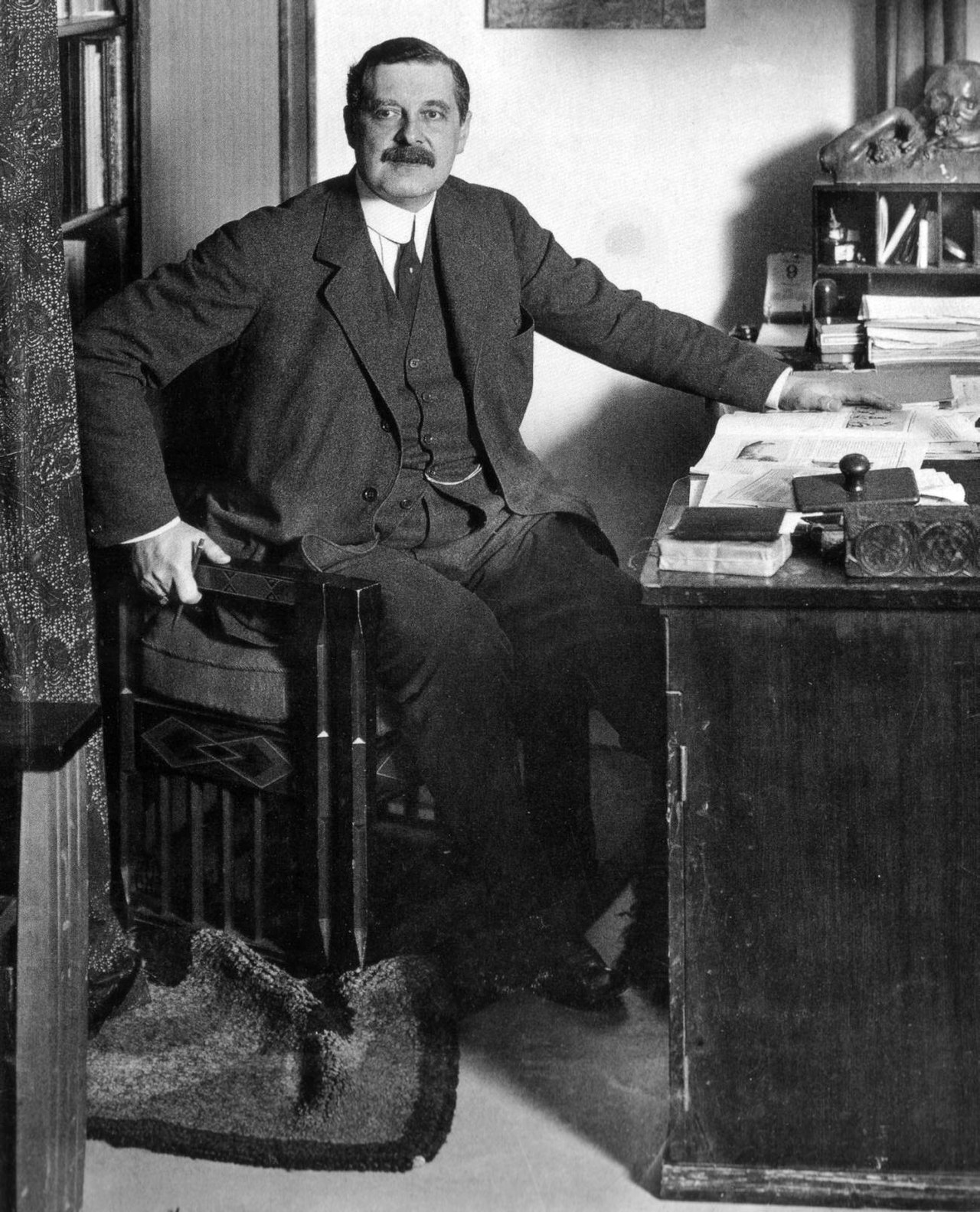 Peter Behrens was born in Hamburg in a Protestant family. He studied painting in his hometown before moving to Düsseldorf and Karlsruhe between 1886 and 1889. In 1899, after marrying Lilly Kramer, he moved with her to Munich, where he joined the Jugendstil movement. There he first worked as a painter, illustrator, and artisan bookbinder, gradually approaching bohemian circles and developing a deep interest in themes related to modern living. In 1893 he was a founding member of the Munich Secession. Later, in 1899, he accepted the invitation of the Grand Duke Ernest Louis of Hesse to be one of the participants in his project of an artists’ settlement.

In addition to architecture (housing for workers and their families), Behrens also designed household appliances. He worked to standardize the shapes of their components to make them interchangeable and to simplify the production process. In 1898, Peter Behrens collaborated with the Berlin design magazine Pan and created his first furniture design. He produced also woodcuts, colored illustrations, designs for book bindings, and crafts objects entirely shaped by the Jugendstil formal language.

Behrens made significant contributions to the development of painting, architecture, graphic and industrial design. His outstanding works have had a huge impact in all these areas, laying the foundation for the experiments and discoveries of future generations (including Ludwig Mies van der Rohe, Le Corbusier, and Walter Gropius).

Peter Behrens was one of the leaders of architectural reform at the edge of the century and was a major designer of factories and office buildings in brick, steel, and glass.  He was one of the most important forerunners of Modernism and Functionalism, as much as fellow contemporary designers, architects, and painters Henri van de Velde, Walter Gropius, Le Corbusier, Josef Hoffmann, or Gustav Klimt and Mies van der Rohe.

What are the major works of Peter Behrens?