The Louis XIII style influenced French Art and Architecture, particularly the visual and decorative arts in the years 1610 to 1643.

In the early 17th century French furniture started going towards a new artistic direction, with Cardinal Richelieu as prime minister and Simon Vouet as a leader in the art world. Life in France became luxurious and the demand for furnishings more increased. The Louis XIII furniture was featured with dark tones. The ornaments included cartouche, with a convex curve, twisted columns, with few leaves as an ornament.

Under Louis XIII, security and wealth were so important in everyday life and many rich people opened up their minds for new furniture, new styles, and a new life at home. Comfort and sociality became important for etiquette and polite conversation. This idea of unified suites was a French invention but went on in the Elizabethan Era in England.

His furniture can be distinguished finding the following features:

Damasks, damascenes, fancy velvets were the main features and were produced well-made fabrics but also cheap furnishings, and Italy soon was replaced. The discovery of the passage of Cape of Good Hope allowed trading silks in Asia. Arabian style, called Moresque or Arabesque was also used and the oriental spirit could be seen in the woods employed. Cabinets were the height of fashion in France at that time. 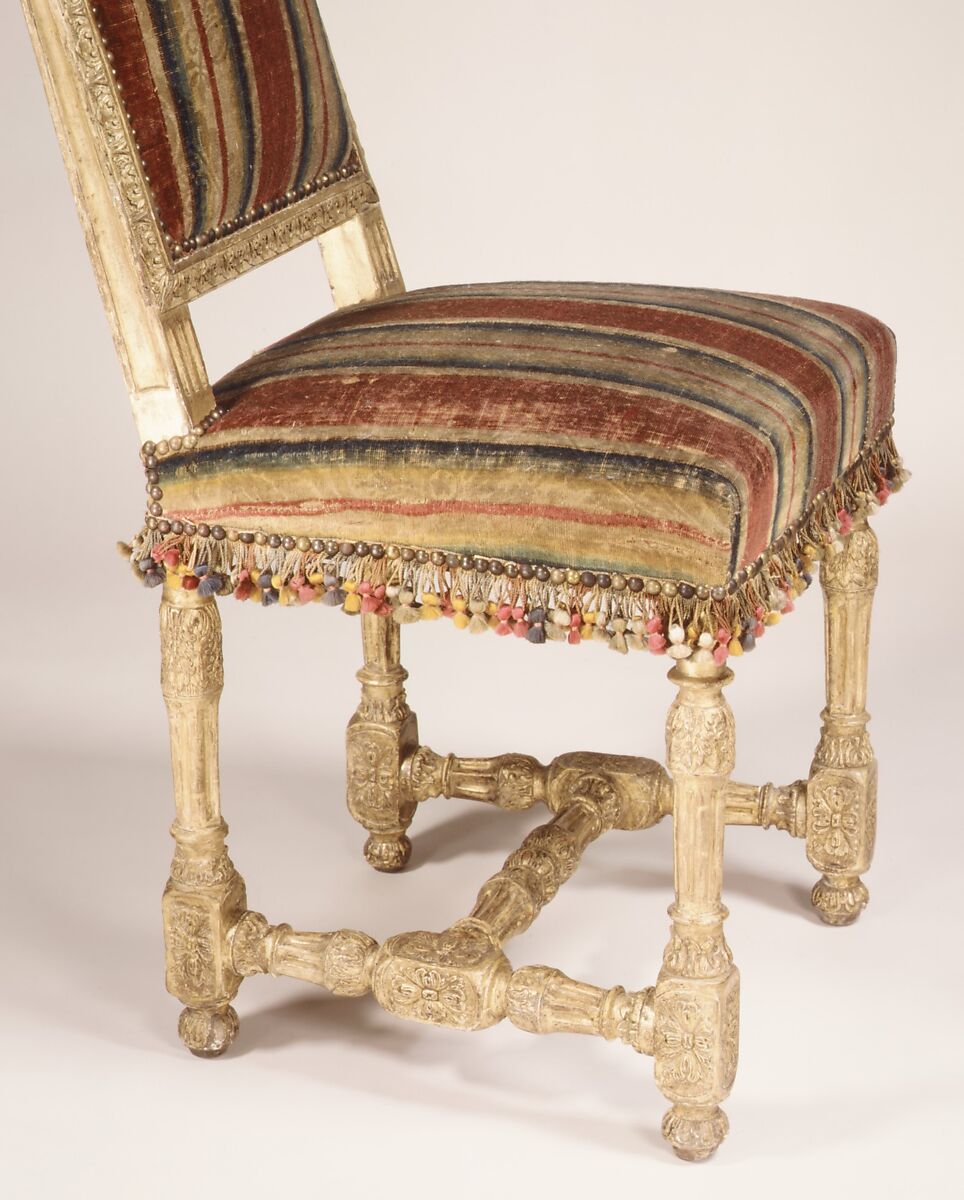 Ebony was imported to France from Africa, Madagascar, and India. In France, the skilled workers make cabinets and were called “ébénistes“. The outside of this cabinet is adorned with scenes of engraved illustrations to a novel first published in 1624. Many forms of furniture were made for everyday use. The divan and console were invented in this period. Styles of ornament started varying.

The chairs are featured with lingering boxiness and heavy turning. Were more comfortable, and were more used for ordinary purposes. Sometimes they were created in sets and were usually covered with velvet, brocade, tapestry, and needlework.

Bedroom furniture became luxurious and the walls were commonly covered with ornamental friezes. Cane was imported as a cover for chairs. Reception beds started being used. Many of these trends survived until the great period of French baroque furniture. These were the main characteristics of Louis XIII-style furnishings.

Louis XIII-style painting was influenced from the north of the continent, through Flemish and Dutch Baroque. Also the South, through Italian Mannerism and early Baroque gave an important contribution to this way of painting. Schools became important with Caravaggio and Peter Paul Rubens. French painters fused Italian Mannerism with a love scene. Important painters were Georges de La Tour, Simon Vouet, and the Le Nain brothers.

Louis XIII architecture was also influenced by Italian styles. The greatest architect of the era, Salomon de Brosse, projected the Palais du Luxembourg wanted by Marie de’ Medici. The building was completed by Jacques Lemercier in a classic style. Sculpture in France during this period was not of outstanding quality and flourished under Louis XIV. The Mannerist influences were so important that a French-style did not flourish until the second quarter of the century.