It absorbs and resumes the oriental motifs, it enriches the decorations adorning the architectural structure in a very elegant way.

The Origin of the Ionic Order

The Ionic Order was born in Ionia, a coastal region of central Anatolia, in the early 6th century B.C., there were many Greek settlements in that location. It is primarily identified by its capital, with its rolled-up cushion-like form on either side creating the distinctive volutes. Vitruvius describes it as the combination of the severity of the Doric and the delicacy of the Corinthian. It is possible to identify this style as something born combinating elements from the two different classical stiles born in Greece. 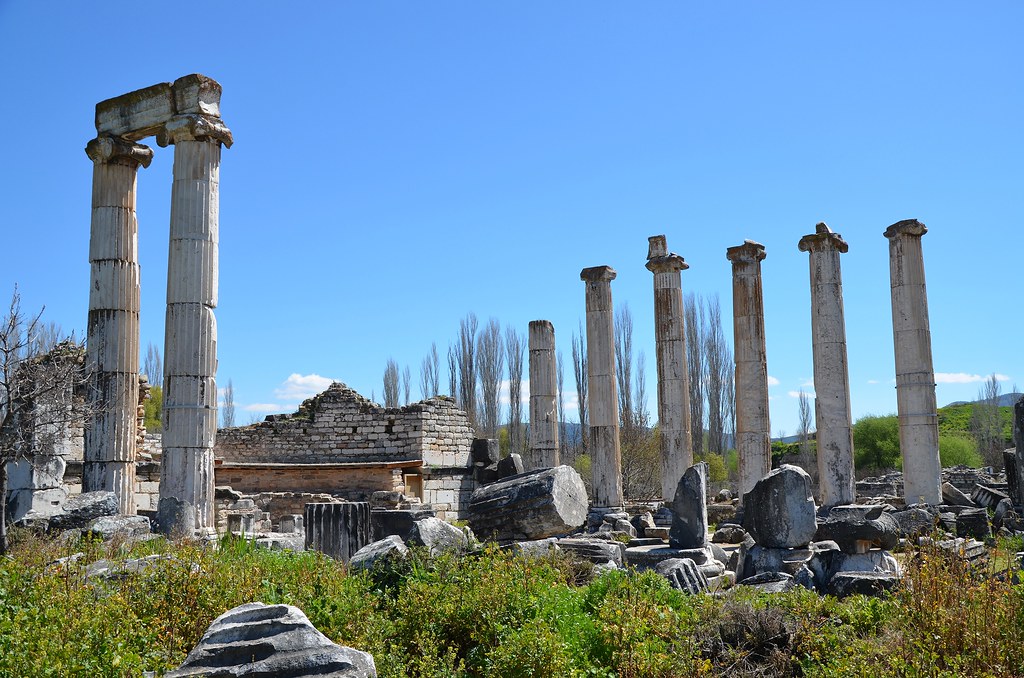 How to Distinguish a Ionic Building

Depending on the location and the time in which the single edifice was built, we can find different forms of the Ionic order. The so-called “attic base” it is the best known and most common. It is the way in which Romans used to call this way of shaping columns, at the top and at the bottom there were two torus, divided by a scotia (hollow conclave molding). These are the main features of the Ionic style:

Above the capital, it is possible to find an entablature. It is composed by a tripartite architrave, with three overlapping plates each one is higher and more prominent than the one that lays below.

The frieze lays on it, and often has painted representations, developed along the entire perimeter of the temple that usually create a long narration.

Renaissance architectural theorists inspired themselves to Vitruvius, to look at the Ionic order compairing it to the Doric, and to the Coritnhian orders. The Ionic is a natural order for post-Renaissance libraries and courts of justice, learned and civilized.

There are many buildings embodying Ionic style’s features: the Cathedral of Treviso and the Crystal Palace in Madrid, these are the reasons because today everyone calls Ionic style a classic.