A historical review of architecture , urban planning and design of international renown

Casabella is a monthly Italian architectural and product design magazine with a focus on modern, radical design. It includes interviews with the world’s most prominent architects. The magazine was founded in 1928 at Milan by Guido Marangoni.

Its initial name was La Casa Bella (The Beautiful Home). In 1933 the architect Giuseppe Pagano became its director, changing its name in Casa Bella. Subsequently the architect Ernesto Nathan Rogers, who had the direction of the magazine from 1953 until 1965, changed its name further to Casabella Continuità. Earlier the magazine changed its names becoming Casabella Costruzioni, Costruzioni Casabella, and again, after the departure of Rogers, Casabella.

Which architects collaborated with the magazine Casabella?

During its history Casabella featured many important architects and designers, including Franco Albini, Gae Aulenti and Marco Zanuso, contributing as creative editors. More recently it has published some articles written by Barry Bergdoll, curator at the Department of Architecture and Design of The Museum of Modern Art (MOMA) of New York City. After being led by Vittorio Gregotti between 1981–1996, the magazine’s directorship has been taken over by Francesco Dal Co. It is published by Gruppo Mondadori with a 2014 circulation of 45,000 copies. 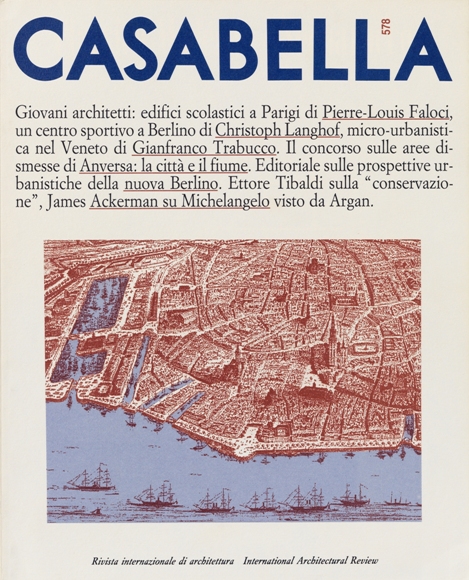 What matters is the magazine Casabella ?

For 80 years a prestigious expression of architectural culture. A reference book for architects all over the world that every month engages with the issues affecting contemporary architecture and developments elaborated by the world of building design. Ideas, projects, trends, photographs, detailed plans, historical documents and critical essays. For architectural professionals and lovers of good design, building and interior designers. The prestige and authoritativeness of Casabella can also be seen by the expansion in the number of foreign editions.