“I like irony, I like to play a game, I like to stay far away from rhetoric: that’s the reason why I let the objects I design express all these ideas, turning them into a sort of toys you can use even though you’ve grown up.” Alessandro Mendini, Italian designer and architect

Alessandro Mendini was born in Milan in 1931. An architect, designer, journalist, and publisher, Mendini has helped establish, via his numerous works in equally numerous fields, the Italian design sensibility on an international scale—with a particular focus on neo-modern, avant-garde sensibilities, as well as creating a cross-over between art, design and architecture.

Mendini’s work encompasses, among others, the fields of graphics, furniture, interiors, architecture, stage design, writing, and painting; he acted as the publisher of the popular magazines Casabella (1970-76), Modo, and Domus (each 1979-85) as well. In 1979, he joined Ettore Sottsass and Michele De Lucchi as a partner at Studio Alchimia before he cofounded Domus Academy in 1982. 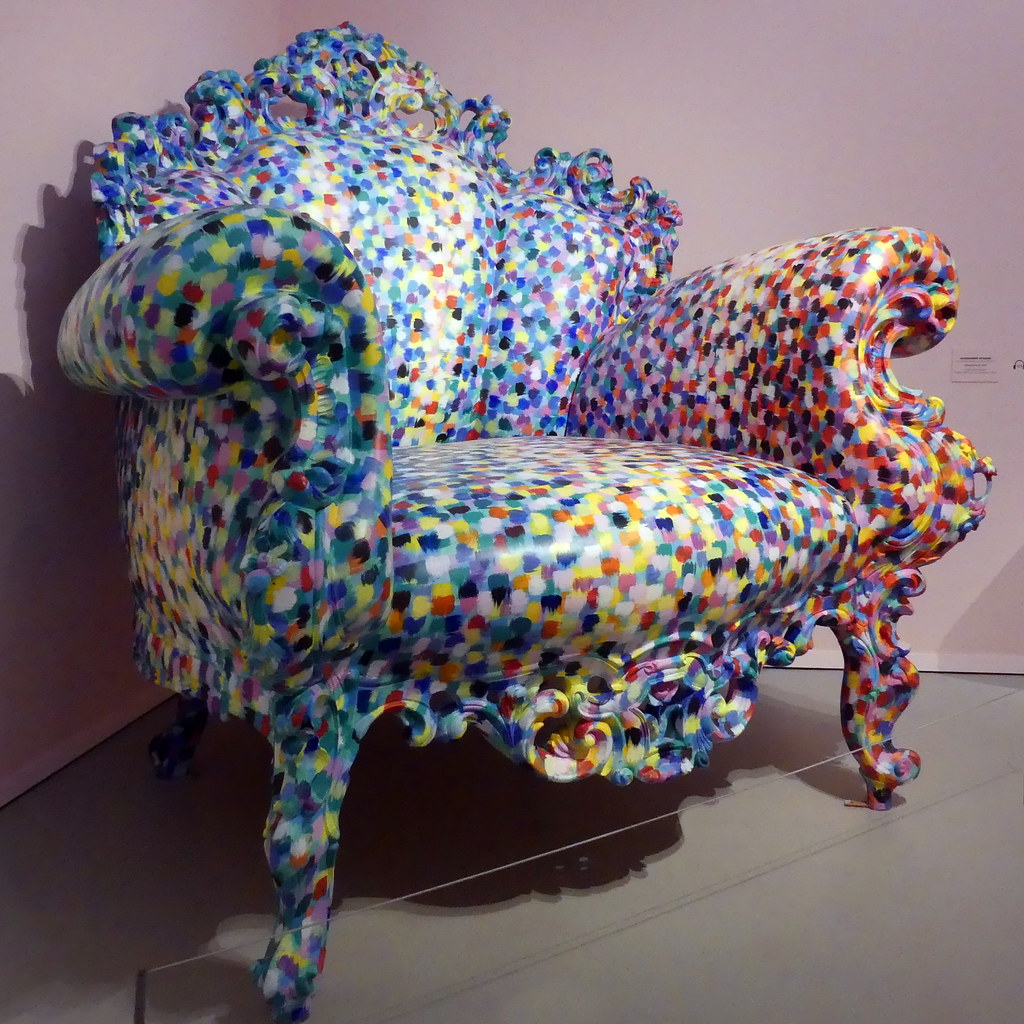 What are the main features of Mendini’s style?

Alessandro Mendini’s work can be safely categorized as contemporary, in no small part due to its use of bright colors and non-traditional shapes, meant as an exploration of how one discipline can be affected by another.

Much of Mendini’s artistic approach is aimed at injecting new meaning or new perspective into everyday objects, such as furniture or homewares, a method that the Italian artist refers to as “re-design”, what was a notable departure from classic Italian styles at the time; due to this, Mendini is often credited with helping reform the Italian art, design and architecture movements in the 1980s.