American architect and furniture designer, Florence Knoll founded the Knoll Associates together with her husband, and contributed to created the modern look and feel of America’s post-war Design. 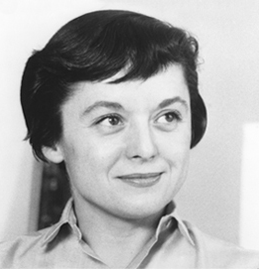 Formative Years and the Saarinen Family

Florence Marguerite Knoll Bassett (née Schust; May 24, 1917 – January 25, 2019) was an American architect and furniture designer. Born to a baker, and orphaned at age twelve, Florence Schust demonstrated an early interest in architecture and was enrolled at the Kingswood School for Girls. Here Florence befriended Eliel Saarinen, whom she would later study under at Cranbrook.

Warmly embraced by the Saarinen family, Florence vacationed with them in Finland, enjoyed the company of their accomplished friends, and formed a very close relationship with Eliel’s son, Eero. The connections she made and the skills she developed while at Cranbrook were the foundations of Florence Schust’s incredible design education and pioneering career. With recommendations from Eliel Saarinen and Alvar Aalto, Florence went on to study under some of the greatest 20th-century architects, including Walter Gropius and Marcel Breuer in Cambridge, Massachusetts and Ludwig Mies van der Rohe at the Illinois Institute of Technology.

Hans Knoll and Birth of an International Company

In 1941, aiming to pursue work in architecture, Florence moved to New York City and there met Hans Knoll who was establishing his furniture company. Hans Knoll was the third generation of a Stuttgart-based furniture manufacturing family, and he sought to bring European Modernism to a new audience in the United States.

The pair began working together, and soon Florence Knoll was taking an increasingly significant role in the company’s aesthetic development, in addition to her official role in designing office interiors.

Before long the two were business partners, and in 1946 the pair married, renaming the company Knoll Associates.

With Florence’s design skills and Hans’ business acumen and salesmanship, the pair grew the nascent company into an international arbiter of style and design. Florence also seeded contributions with her friends Eero Saarinen, Harry Bertoia, and Mies van der Rohe.

Unfortunately in 1955 Florence’s life was struck by a second tragedy when Hans Knoll was killed in an automobile accident, and she suddenly found herself as Knoll’s sole owner.

Still, Florence Knoll continued to run the Knoll Planning Unit and oversaw all design-related aspects of the company, including showroom designs, marketing, and advertising.

In 1957, the Knoll Planning Unit began work with the First National Bank of Miami. She married the bank’s head, Harry Hood Bassett, the following year.

Florence Knoll Bassett continued in her capacity as Knoll’s president and later as its director of design, but eventually sold the company to Art Metal Construction Company in 1959. Even after her departure from Knoll, the company continued to be inspired by her synthetic view of design and rigorous standards.

Although she retired in 1965, Florence Knoll Bassett periodically rekindled her relationship with Knoll, completing one last planning project and working on exhibitions related to the legacy of the company and her own work in furniture and interiors.

Florence’s life was starred with achievements and alongside her husband, she is considered to be among the distinguished American designers who have pioneered furniture design and manufacturing process. She created the modern look and feel of America’s postwar corporate office with sleek furniture, artistic textiles and an uncluttered, free-flowing workplace environment. The company she formed with her husband, Knoll Associates, grew to become the leading innovator of modern interiors and furnishings in the 1950s and 1960s, transforming the CBS, Seagram and Look magazine headquarters in Manhattan.

Her “total design” favored open workspaces over private offices, and furniture grouped for informal discussions. It integrated lighting, vibrant colors, chairs molded like tulip petals, collegially oval meeting tables, sofas and desks with chrome legs and multilevel interiors, more architectural than decorative, with open-riser staircases that seemed to float in the air.
Florence Knoll Bassett’s contributions to modernism and American design are immeasurable. For these reasons, she was honoured with the National Medal of the Arts in 2002.

Florence Knoll’s meticulous methods of assessing a client’s needs and patterns of use were clear in her sketches, annotations, and especially the “paste-up” cardboard models she used to demonstrate envisioned spaces. A unique visual planning technique, her paste-ups would feature folding walls, drawings of the furniture and fabric samples of the upholstery, all accompanied by detailed notes.

Responding to direct needs encountered while working on projects and finding the market lacking, Florence Knoll designed seating, tables and case goods. Over the years, Florence Knoll designs, which she had conceived as background architecture, have proven to be design classics all their own. 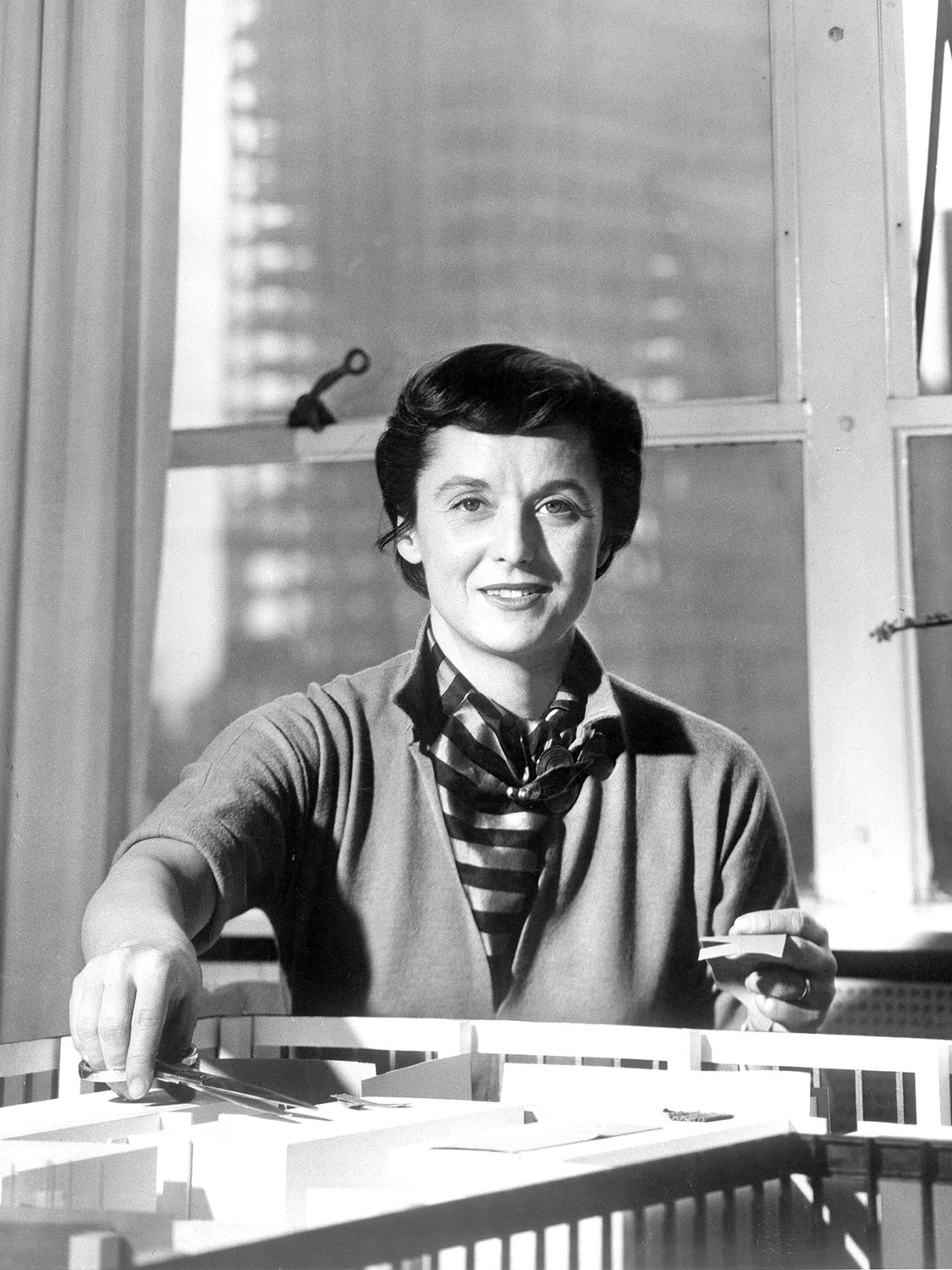 Many of the works by Florence Knoll are considered real masterpieces of American Design. One that is worth mentioning is the Florence Model 75 Stool. The early design was based on Shu’s wire studies done while she was a student at the Cranbrook Academy of Art, which were eventually translated to the immensely popular design for Knoll. Another example of the reserved and cool designs of Florence is the Florence Knoll Dining Table. Severe and angular, it reflects the objective perfectionism of the early 1960s. The communion of marble and steel confers the piece lasting appeal and structured simplicity.